Georgia Hill has a new book out on 2 July 2015. To wish her every sucess with her new release "While I was Waiting", I asked her to tell my blog readers a little about herself. 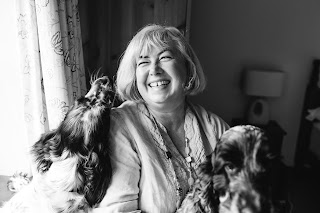 Thanks so much for having me on your lovely blog!

My name is Georgia Hill. I’ve been writing all my life but seriously only for about the last ten years.

It all began with a BBC classic drama called North and South. I love Mrs Gaskell and tuned in, eager to see what had been done with her tale of a northern mill owner and his unwise passion for a spoiled miss from the south. I was hooked from the first episode although admit to hating the mill owner at first. He was played by Richard Armitage, and he brooded for England. My dislike didn’t last long. By the second episode I was in love!

I’ve been here before, with Colin Firth’s Mr Darcy. Only, this time, there was the internet. I found a fan site which accepted fiction and began posting a story, chapter by chapter. Have to confess, many of the men I wrote about owe a large debt to Richard Armitage! A couple of creative writing classes and much study later and I was picked up by a small digi-publisher which published my first book, Pursued by Love. It was the very same story I’d posted on the fan site, although much re-written.

Then I was taken on by Harper Impulse, which is the digi-first imprint of Harper Collins. They loved my Sequins series, based on a dance reality show not unlike Strictly Come Dancing! I like rom-coms and love writing them but knew I had something else to offer. While I was Waiting is my next book out and I’m very proud of it. It’s my first historical novel and due out on the 2nd July. 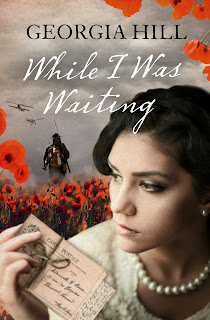 Rachel moves to a rundown cottage in the country and finds a tin full of letters and diaries. They document the story of Hetty who lived and loved during World War One. Rachel gradually pieces together the details of Hetty’s life and, in doing so, learns how to love the man she’s just met. It’s tragic in parts but ultimately life affirming. I’m very excited about it. And, by the way, one of the characters is called Richard!

Good luck with the book Georgia. To buy click any link in the blog or here.

Have you ever found something which led you on a voyage of discovery?