We had seven days in Rome over half term. It wasn’t exactly planned, as little one’s passport only arrived on the Monday before! He loved flying. There was me with usual nerves, he was sat cross-legged on his seat and talking non-stop. It helped that hubbie used his air miles and we had Club class seats (real crockery and a lovely meal!)

I wasn’t quite prepared for how exhausting Rome is. The streets teem with traffic, including loads of mopeds. Crossing the road was a case of walking out with your eyes closed and praying, as the traffic dodged around you. We reckoned that we walked further than on our Lake District walking holiday earlier in the year. I have never seen so much graffiti, it was even on some monuments.

The sights are quite widely spread, with lots of modern-day Rome surrounding them. Queues to get into some sights such as the Colosseum were huge, to the extent we didn’t always wait. D got to throw his coin in the Trevi fountain and I got to eat some lovely ice cream – pistachio, coffee and tiramisu. Yum. 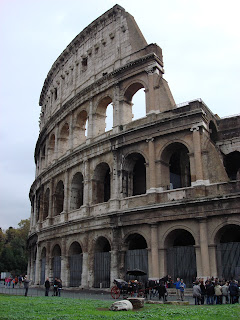 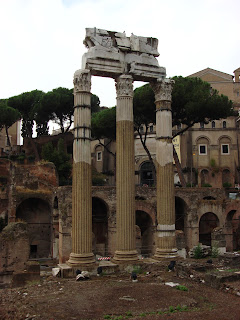 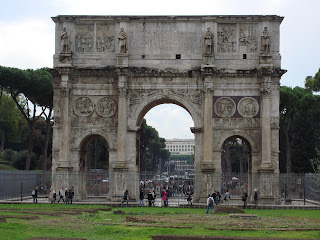 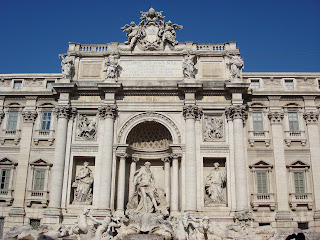 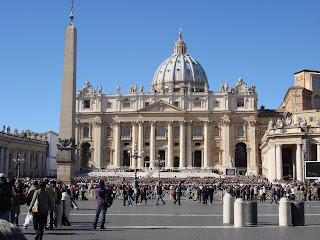 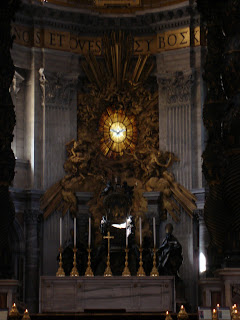 Window above St Peter's Tomb
The weather was very kind, I even got sunburned a couple of times. I could get used to sitting in one of the many street side cafes with my coffee and writing. I did write quite a bit, mainly character sketches for future use. 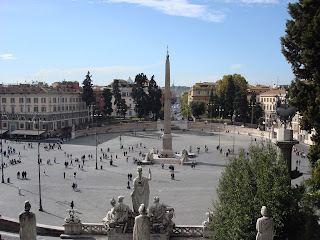 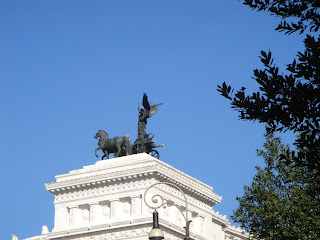